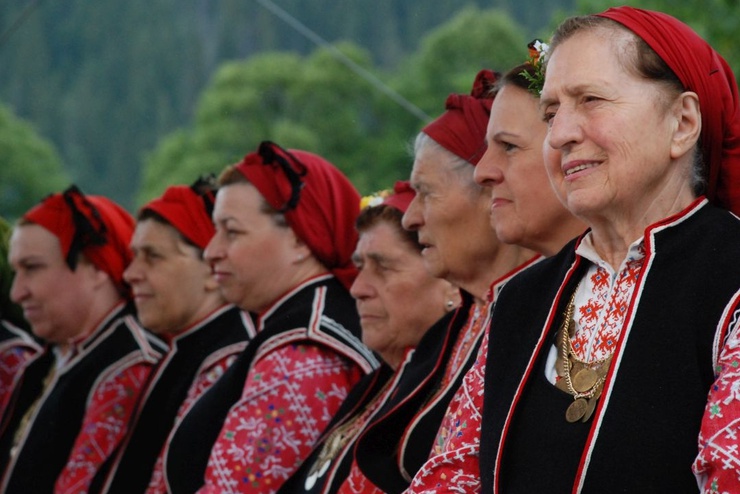 The „Bistritsa Grannies“ are the brightest example of archaic female shopp* polyphonic singing, which is considered by the specialists as one of the earliest forms of vocal communication among people.

Their songs have not fallen silent over the centuries to this day; in war and peace, at birth or death, while working or rejoicing. Daughters have replaced their mothers from generation to generation, and so the songs have made it to the present day.

From a group of elderly rural women who presented the songs of their community to fairs and festivals in the 1940s, „Bistritsa Grannies“ gradually became the last living bearers of the shopp vocal polyphonic traditional culture. Currently among them are also younger women with modern occupations and lifestyle. What brings them together is the enormous love for the songs and traditions left to them by their ancestors and the warm love shared among the group.

One of the most significant researchers of Bistritsa traditional polyphony is the Austrian musicologist Gerald Mesner, who in 1976 defended a doctoral dissertation on „Antiphonal diaphony in the village of Bistritsa.“ For the first time in this work he deciphers the way of singing: „The singing of the bistritsa grandmothers has a concentration of unusual intervals. The second can be smaller or larger; in a whole step they bring up to five microtones. “

One of the biggest concerns is that if you break the traditional training from person to person, this way of singing will be lost forever. It cannot be notated or learned from recordings.

The “Bistritsa Grannies” have been singing all over Europe, the United States, Asia, and Africa.

They are the winners of Herder’s Prize for Folk Art. In 2005, UNESCO announced the Bistritsa Grannies for „Masterpieces of the Intangible Cultural Heritage of Humanity.“

* shoppi-the population of Sofia and nearby villages

Author of the text: Dina Koleva 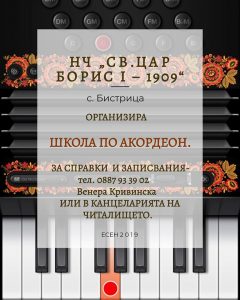